“Being able to play Dungeons and Dragons professionally and have people enjoy it is the most incredible thing in my life.”

This series is all about Libsyn podcasters. Its sole purpose is to introduce these awesome podcasts to the world as well as share their podcasting insight to empower the community!

Q & A with Eric from Join The Party

I have a few starts.

My first Dungeons and Dragons podcast episode was recorded in June 2016, talking about the golem on Spirits.

After being afraid for years, I learned how to record and edit in October 2016.

The first episode of Join the Party came out in May 2017.

And I went full-time at Multitude as the Head of Creative in August 2018.

What made you think about starting a podcast?

When I was at NYU at the beginning of 2010s, the best job to have was working for a blog.

Gawker, Village Voice, the beginning of Vox — they had internships and jobs aplenty, and you could write about whatever you wanted as long as you were sharp and funny enough.

Of course, by the time I graduated, all those jobs dried up and you needed 10 years of experience.

This was also the time that the Internet was changing. The open doors that allowed people to have jobs running their Tumblrs and YouTubes were closing, and the algorithm had already determined who they were choosing.

In podcasting, though, that opportunity was still there.

You could create a relationship with an audience by being consistent and defining yourself through your work.

A blog could come out at all hours, but a podcast was at the same time, same place, and the listeners were waiting to download the episode when it dropped at that appointed time.

Podcasting was something that delivered on the blog-job dream I had: be fun, be sharp, be consistent, and you can keep it.

What’s the name of your show and what is it about?

Join the Party is a Dungeons and Dragons actual play podcast with tangible worlds, genre-pushing storytelling, and collaborators who make each other laugh each week.

We welcome everyone to the table, from longtime players to folks who’ve never touched a roleplay game before.

And every month, we have an afterparty, a session held to discuss campaigns, joke around, and answer listener questions.

We’re in the middle of a Patreon drive that will allow us to go weekly!

Being able to play Dungeons and Dragons professionally and have people enjoy it is the most incredible thing in my life.

The Multitude studio in Greenpoint, Brooklyn is where I record all my audio.

We built it in 2019 and it has been an incredible refuge during the pandemic.

We actually documented the entire process in this article.

Eric Silver joined his two passions podcasting and writing into this innovative and intense podcast called Join The Party. Whether you are a Dungeons & Dragons enthusiast or not, you will appreciate the banter. Hurry! Go! Listen now on Apple Podcasts or Spotify.

Marry your passion and your hobby to start that podcast you have been searching for and can’t find. Make it funny and out of the box, then put it out in the world because it makes you happy.  It’s easy.  We can help!

Use our Start Your Podcast blog series to get you going. And, when you are ready, we have the best podcast hosting plans around! 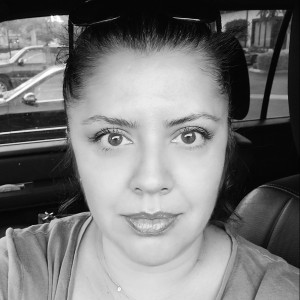 Pete A Turner | The Break It Down Show | Discovery